Our main research aims at understanding the molecular basis of hereditary disease, integrating two complementary aspects: the molecular impact of causative variants and how genetic background regulates the propagation of this impact. At a technical level, to reach our objective, we integrate the results of the most advanced genomic experiments (single-cell, Hi-C, etc.) using state-of-the-art machine learning tools. To enhance the biomedical reach of our research, we work in collaboration with clinical groups from different hospitals. As a result of these efforts, we have recently made significant advances in understanding the functional effect of BRCA1/2 protein variants underlying hereditary breast and ovarian cancers. Finally, mention that we are also devoting an important part of our efforts to the fundamental study of epigenetic processes, to reach a full picture of which phenomena contribute to the generation of phenotype and, more precisely, of clinical phenotype.

Email
INTERESTS
My interests are devoted to studying the impact of pathogenic mutations and transform the
results into clinically useful Artificial Intelligence (AI) models.

HIGHLIGHTS
We ranked second in the groups' classification at the international challenge for in silico methods, CAGI 5 (inherited breast/ovarian cancers section). We won the Best Poster Prize of the Editor of 'Science' in HGM 2018 (Japan). In 2015, we participated in the identification of the glioblastoma signature in cerebro-spinal fluid (De Mattos-Arruda et al., Nature Communications, 6:8839), a project that won the Prize "La Vanguardia de la Ciencia".

PRESENT (2000-**) ICREA Research Professor
Our research aims at understanding/predicting the impact of pathogenic of variants using AI. Our initial approach (Ferrer-Costa et al., J. Mol. Biol. 2002; Proteins, 2004; Bioinformatics, 2005) has been broadly followed (>920 citations). After joining VHIR (2012) we have designed a novel approach to pathogenicity prediction (Riera et al., Hum. Mut., 2016). This crystallized in the model for BRCA1/2 variants (Padilla et al., Hum. Mut., 2019) that we presented at the international CAGI contest (see above). We have further tested this result to extend it to the clinical genome (Özkan et al., IJMS, 2020). Our expertise is reflected in our collaborations (see below for our collaboration with E. Bhoj at the Children’s Hospital of Philadelphia).

We have worked also in the epigenetic regulation of gene expression, where I would like to
single out two of our publications (co-corresponding author in both), one in PNAS (Pappa et
al., 2019) about DNA damage prevention and the second in Development (Estarás et al., 2012)
on the regulation of neural development by JMJD3.
Contracts: Reincorporación MEC (2000-2001), ICREA Research Professor (2001-nowadays).

-Skills. We have a deep understanding of the molecular basis of hereditary diseases.
Technically, we are proficient in the development of AI tools for pathogenicity prediction. We
are also proficient in the structural/functional characterization of protein mutations using
computational/bioinformatics approaches.

-International collaborations. We have an ongoing collaboration with E. Bhoj (Children’s
Hospital of Philadelphia) for the clinical characterization of histone H3.3 variants. This work
has lead to a high-impact publication (Bryant et al., Science Advances, 2020) in which we
leadered the in silico analyses of the whole consortium (137 authors) in a study resulting in the discovery of a new neurodegenerative disorder.

-Training researchers. I have supervised 11 Ph.D. theses. The majority of the students work
in bioinformatics/computation.

123 Since a few years ago, we have been working in the development of computational tools for the prediction of pathological mutations in proteins (PMID: 11812146, 15390262, 15879453, 16208716, 17059831). In this work we have followed a two-step approach. First, we have characterized pathological mutations in terms of sequence, structure and evolutionary properties (PMID: 11812146). Second, we have used the results of this descriptive work to identify those parameters with the best predictive power. Also we have used these results to train a neural network and obtain an empirical model that allows the identification of disease-causing mutations with moderately high accuracies (around 70%; PMID: 15390262, 15879453, 16208716). At present, we are applying this approach to the case of specific diseases. We believe that this is a natural step towards the advancement of personalized medicine. Within this context, we are characterizing the impact on the structure and function of alpha-galactosidase of Fabry disease-causing mutations. Again our approach is the same as in the general case, but here we are benefitting from the close collaboration with the group of Dr. Joan Montaner. 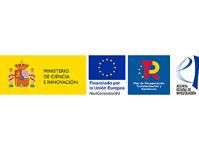 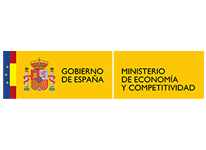