I am a doctor specialized in paediatric cancer. I lead the Paediatric Oncology and Haematology Division  of Vall d’Hebrón since 2019, with an outstanding team dedicated to providing the best care to our patients and families, and being national and international reference for numerous paediatric cancers. My goal is to improve cancer treatment so that no children and adolescents die of cancer, and that survivors can live a full life free of sequels 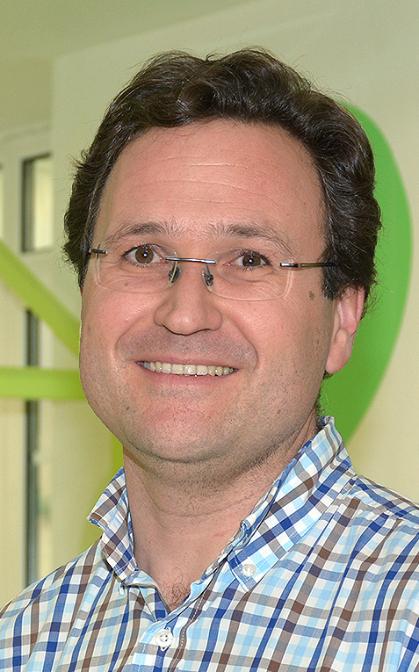 LinkedIn
Email
Dr. Lucas Moreno just moved to Barcelona to lead the Paediatric Oncology & Haematology Division at Vall d'Hebron Hospital. He has devoted his career to childhood cancer drug development. His main research interest is in neuroblastoma, one of the most aggressive forms of childhood cancer.
After returning from London where he worked at the Royal Marsden Hospital from 2008 to 2012, he created and led the Clinical Trials Unit at Hospital Niño Jesús (Madrid) that became a leading trials unit for paediatric drug development nationally and internationally.
He is a key opinion leader in neuroblastoma and drug development in Europe and works for international networks such as SIOPEN (siopen.net) and ITCC (itcc-consortium.org). He leads the BEACON-Neuroblastoma trial open in 10 European countries for relapsed & refractory neuroblastoma. He has been principal investigator of more than 30 clinical trials and has co-authored more than 60 international publications in the field.
He provides second opinion consultations for children and adolescents with relapsed/refractory cancers nationally and internationally to facilitate access to early clinical trials and novel agents.
He is a keen supporter of incorporating the patient/parents voice into research and clinical practice and has started several projects on quality of life, quality of care, late effects and patient reported outcomes. His favourite conference of the year is the Solving Kids’ Cancer Parent conference because of the excellent interaction between researchers, clinicians and parents.